By James Gordon for Dailymail.com

A Walmart employee was caught on camera being hit around the head by two thieves as they tried to push two overfilled shopping carts out of the store.

In a short clip posted on TikTok, two brazen shoplifters were caught on cell phone footage pushing a full cart toward the exit of a store.

Suddenly, a brave clerk steps between both carts and tries to stop them from leaving.

One of the thieves then grabbed some hangers and started hitting the female clerk on the head several times. 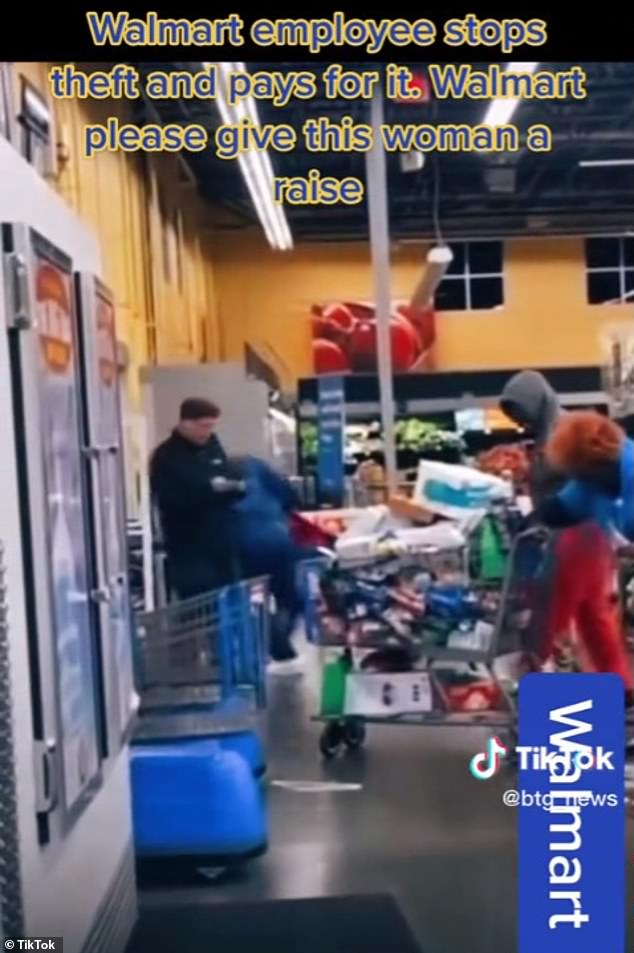 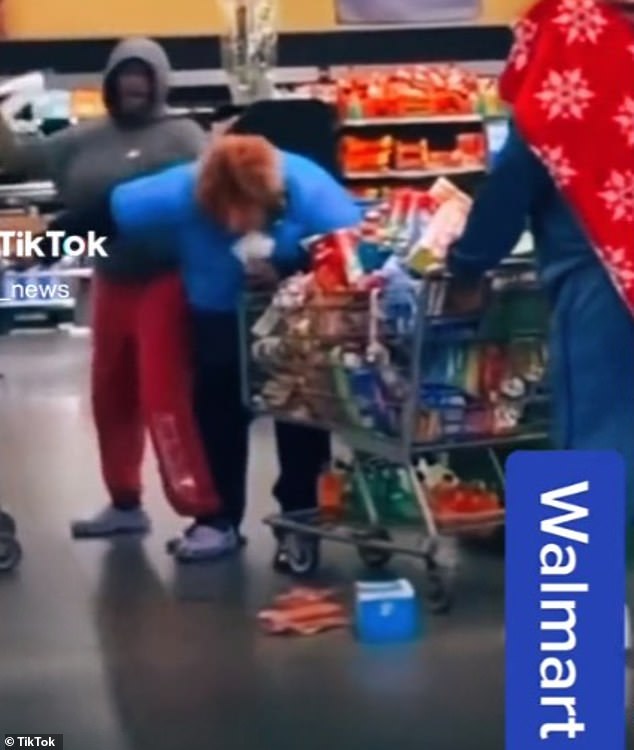 Employees crouch to avoid being hit, but it makes little difference.

A second shoplifting accomplice then appears with a bright red towel over his head to avoid identification.

Rather than face-to-face with the clerk, walk straight out the door knowing the jig is up.

Meanwhile, frustrated that his attempt to steal goods worth perhaps hundreds of dollars was thwarted, the shoplifter again attacked a Walmart employee, hitting him in the head with another plastic hangar. rice field. 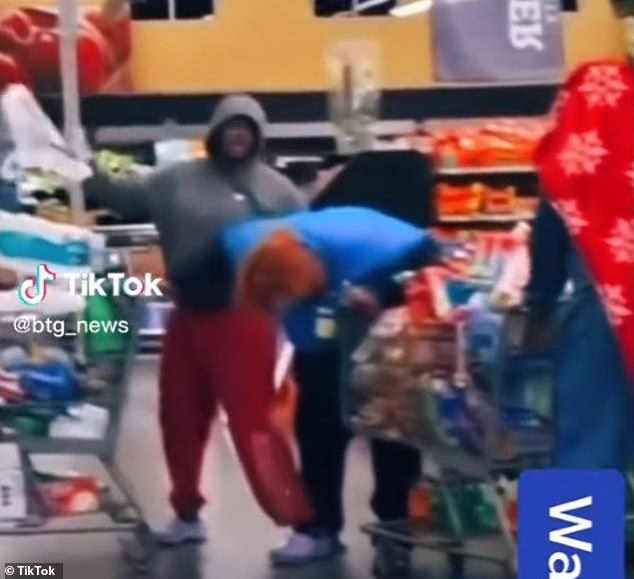 One of the gray-clad shoplifters is seen holding a hangar stack. 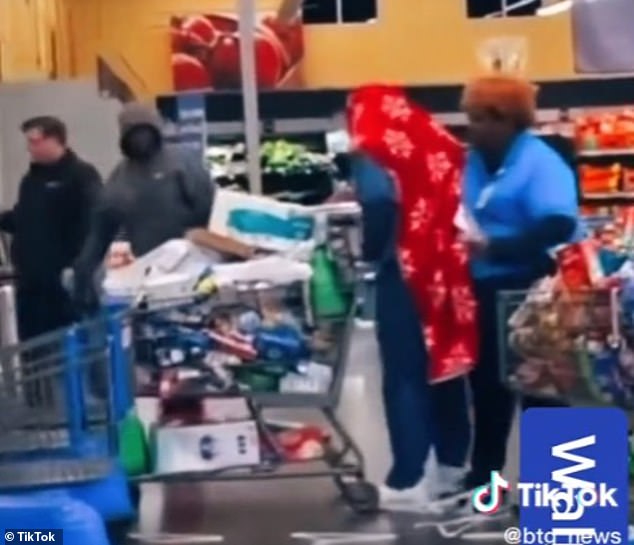 Just as the two were about to leave the store, a store clerk approached. 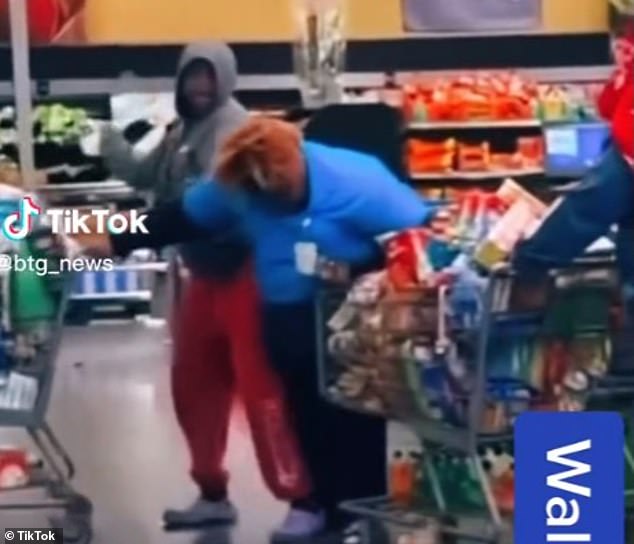 The workers keep their heads down until the shore is cleared and the two crooks appear to have left the building.

“Walmart please give this woman a raise,” the TikTok poster begged.

It’s unclear when and where the video was shot, but it clearly resonated with viewers, generating over 321,000 likes in one week.

In recent years, videos have been posted online of criminals taking whatever they want from store shelves and walking out the door unhindered.

From pharmacies to supermarkets, from clothing stores to jewelry stores, many have decided that this is an opportunity and the punishment they may face is very light or non-existent.

This particular worker finally seems to have stopped taking advantage of other workers. 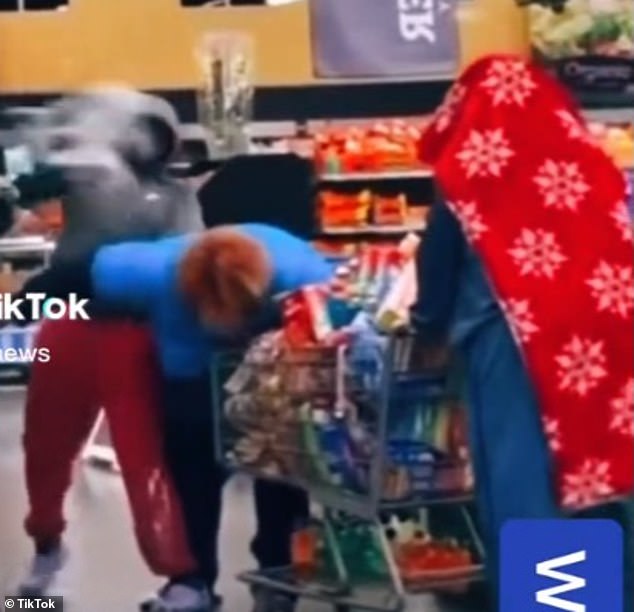 One of the shoplifters swung the hangar pile at full speed and passed over the workers. 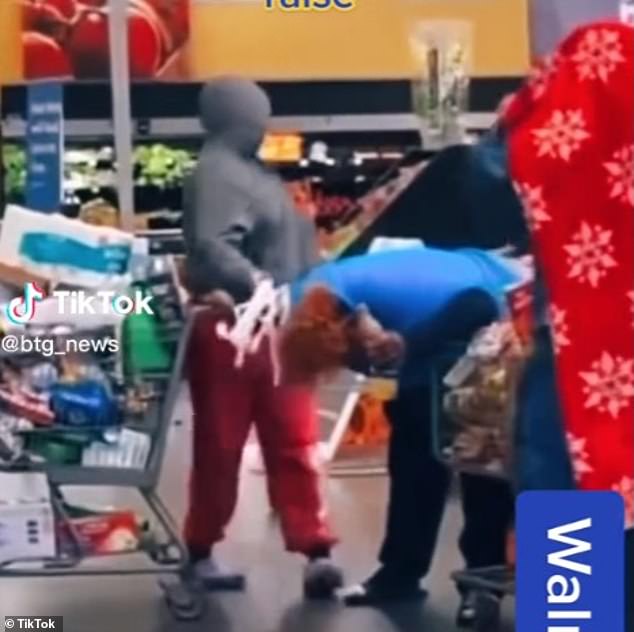 During the attack, the worker was hit in the head a total of six times. 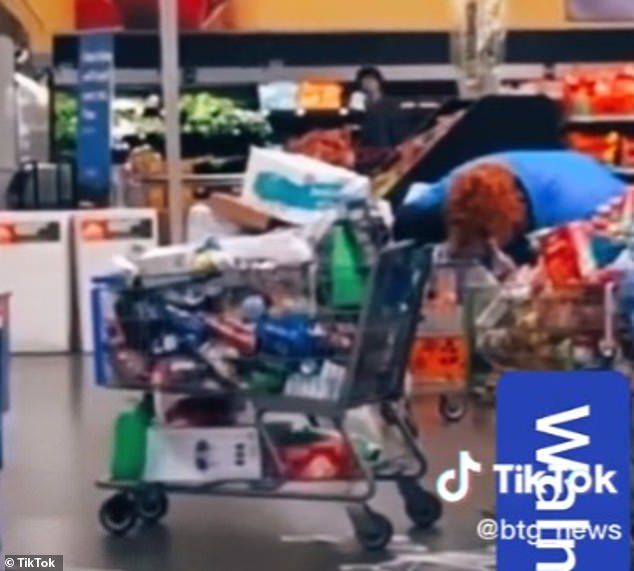 The blue-clad clerk kept his head down until they seemed to be gone.