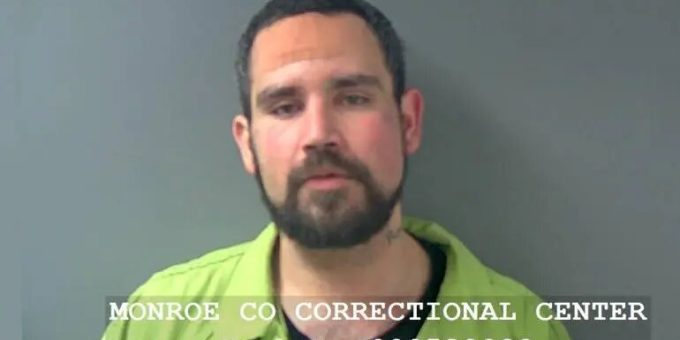 Bloomington – The Monroe County Sheriff’s Office was called Monday night to investigate the ongoing fighting at a Walmart on State Route 45.

When officers arrived at 7:21 pm, they found four to five people involved in a brawl and one man bleeding from his face.

Upon arrival, the delegates found a bleeding man from Bloomington, Matthew Wall, 29, leaving the storefront. The deputy ordered him to stop and put his hand on a nearby car. He tried to escape on foot while Wall was handcuffed. Police tracked him down and he continued to resist arrest.

As they were about to arrest Wall, agents observed a magazine belonging to a handgun that had fallen from Wall’s clothing.

Wall was later found to have a 9mm handgun, two magazines and 28 rounds of 9mm ammunition.

Wall was taken to an area hospital for treatment of injuries sustained prior to his interaction with officers. Deputies involved in Wall’s detention suffered minor injuries to his hands while wrestling on the asphalt.

Wall and another unknown man, accompanied by two small children, had a physical altercation inside the store, according to several witnesses and store staff. officers attempted to locate the person concerned, but he left before police arrived on the scene.

Wall was transferred to the Monroe County Correctional Center and remanded on the following charges: